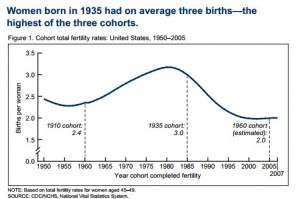 According to a study by the U.S. DEPARTMENT OF HEALTH AND HUMAN SERVICES, women are having fewer kids and are starting their childbearing at an older age than the previous generation.