Trending
You are at:Home»Sibling Bonds»15 Scientific Facts About Siblings (Repost from NursingSchool.net) 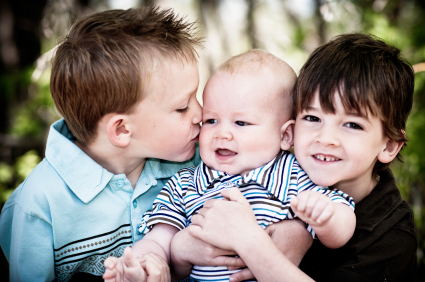 I loved this article written and originally published on NursingSchool.net.  In honor or National Siblings Day, it’s worth a repost. Enjoy!

While we have spent a lifetime with our siblings, getting to know every quirk, trait and annoying habit that they have, we often don’t stop to think of the real impact that our sisters and brothers have on who we are and how we act. Whether it’s the order you were born in or all that good-natured (or bad-natured as the case may be) ribbing to which you subjected each other, our siblings can have an intense and long lasting effect on our lives, influencing everything from our health to how we interact with others. To learn more about how your relationship with your brothers and/or sisters has shaped who you are, here are some facts drawn from scientific research on the subject that help illuminate the true depth of relationships between siblings.

See the original article at http://www.nursingschools.net/blog/2011/05/15-fascinating-scientific-facts-about-siblings/